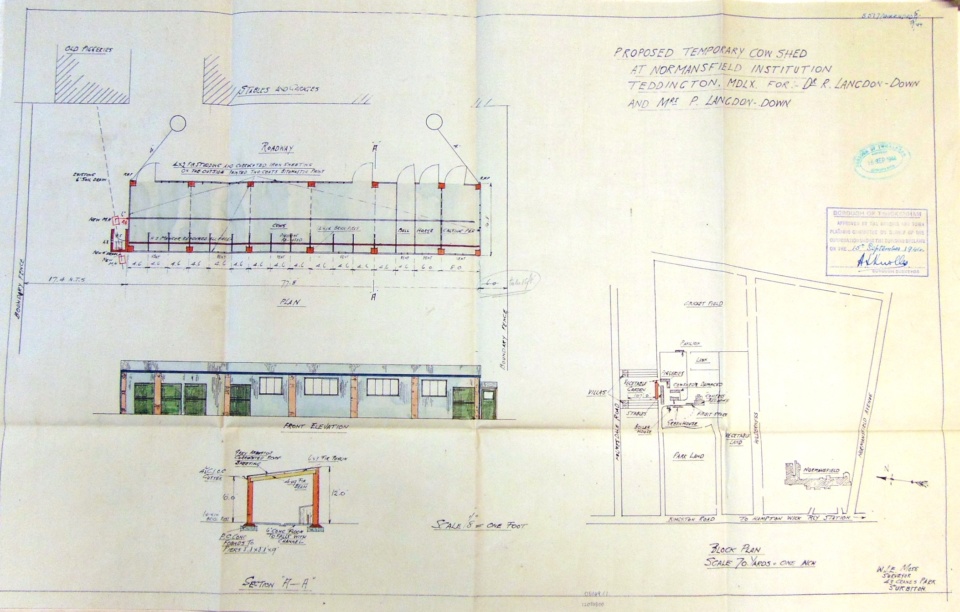 The Staines Group Hospital Management Committee probably passed over responsibility to the NW Met. Board

5th July. The National Health Service (NHS) took over 480,000 hospital beds in England & Wales, an estimated 125,000 nurses and 5,000 consultants were available. Many different organisational structures to the NHS were to follow. And a major issue throughout would be the relationship between the NHS and local authorities and health and social care. The problem of maintaining a private hospital became overwhelming after the war, and a transfer to the National Health Service was successfully negotiated.

CAPITAL EXPENDITURE on developing the estate exclusive of capital expenditure on land, is as follows.

Woodcote, a second house in Broomfield Road is still leasehold, ending in 1981.