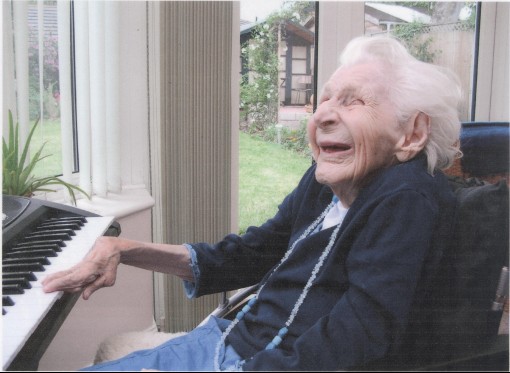 Patricia Collen playing the piano. May 2008.

In late February 1997 a tiny, blind, silver-haired woman was discharged from Normansfield Hospital. It had been her home for 71 years. 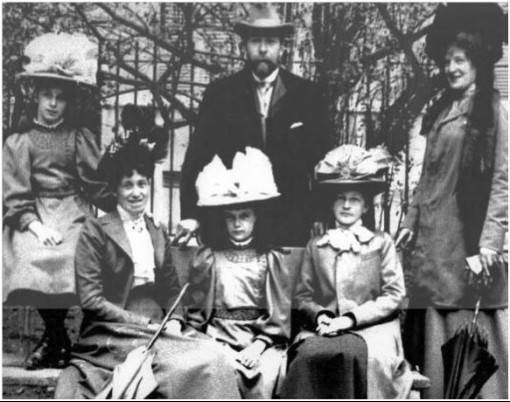 Richard her father and his wife Constance Mackisson. They were married in 1908 and she died in 1918. Richard died in 1953.

Patricia Finlayson Collen was born in Oxford in 1916. She had some physical disabilitiesand “a mild mental handicap of an unknown origin”. Her mother Constance died ofpneumonia when Patricia was just 18 months old. Her father looked after her for nearlya decade with the support of maids, housekeepers and nannies but in 1926 he took Patricia to be medically evaluated.

The doctor’s description of Patricia said:

“She does not know the days of the week … has difficulty in understanding,does not dress or undress herself … In the past, wakeful and screamed, feeds herself occasionally, wet at night. Backward speaking, pokes fingers in her eyes, no concentration. Eyes defective, no convulsions, nurse left after three months.”

That same year her father Richard wrote to Dr Reginald Langdon Down requestinginformation about Normansfield. He described his daughter as being strong and healthybut “mentally frail”. Dr Langdon Down certified Patricia as ‘feeble-minded’ and acceptedher at Normansfield, where her father said she should ‘be the 150 guineas arrangement’.

Mr Collen visited his daughter regularly at the hospital after she moved there and continued to correspond with Mrs Langdon Down. The letters discuss Patricia’s health, her wardrobe (provided by her father from Harrods), and her activities, e.g. attending an annual firework display and travelling to Worthing where the hospital rented a school in summer for their patients to take holidays. The letters continued until Mr Collen died in 1953.

For the next forty years Patricia had no further contact with family members, thoughher progress during this time was documented by a psychiatrist in1986:

“Over the years … she maintained her limited vocabulary and indeed learnt some nursery rhymes. She always participated in social and recreational activities. Additional handicap (registered blind), along with severe mental handicap considerably hindered her achievements. She learnt how to enjoy the sound of birds, perfume of flowers and coach rides.”

Patricia was described as being very shy with a poor memory. Though she participatedin hospital activities such as music and pottery classes she kept very much to herself.

With the proposed closure of the hospital in the 1980’s both an independent advocate who had befriended Patricia and the official solicitor took steps that radically changed Patricia’s future. The advocate spent a good deal of individual time with Patricia taking her out. She felt that Patricia was much more sociable and capable of enjoying activities than she was first led to believe. The official solicitor made a statement to the Court of Protection in 1990 describing Patricia as being blind, having difficulty walking and having deformed hands. It describes her pleasure in outings and said these could be expanded. It states that she needed more clothes, a wheelchair, a duvet, and music CDs. By the time Normansfield Hospital closed, the solicitor in conjunction with Patricia’s family were able touse funds from the estate to buy a house for Patricia and other patients to live in, supported by carers. Eventually this house became Patricia’s home with the addition of live-in carers.In those years the improved quality of life enabled her to enjoy visits, holidays and outings,and for the family to be an important part of this. She was well known in the community as the little lady of Teddington. For the last fifteen years of her life, and she lived to be 94,Patricia enjoyed a varied and wonderful lifestyle. 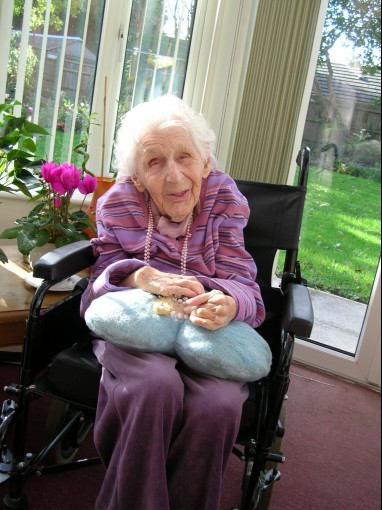