Examples of Local Suppliers to Normansfield 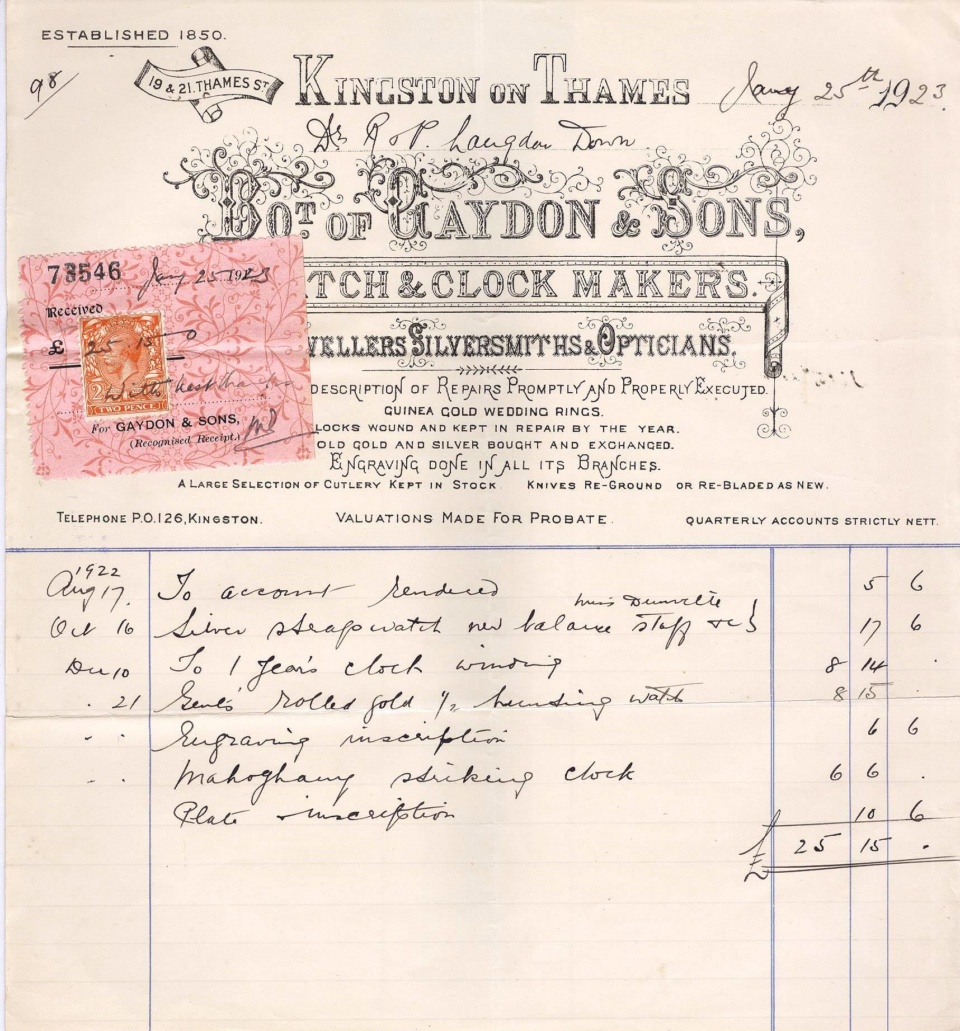 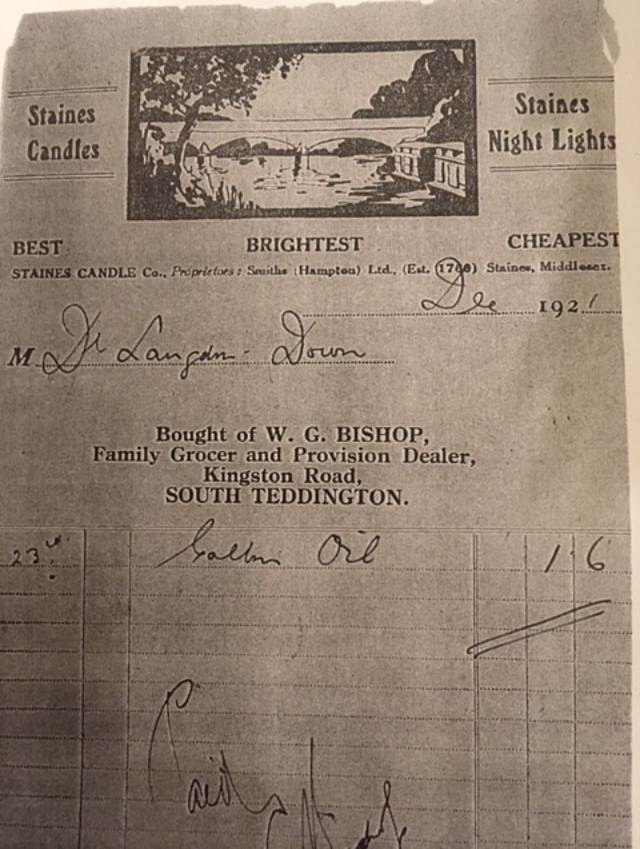 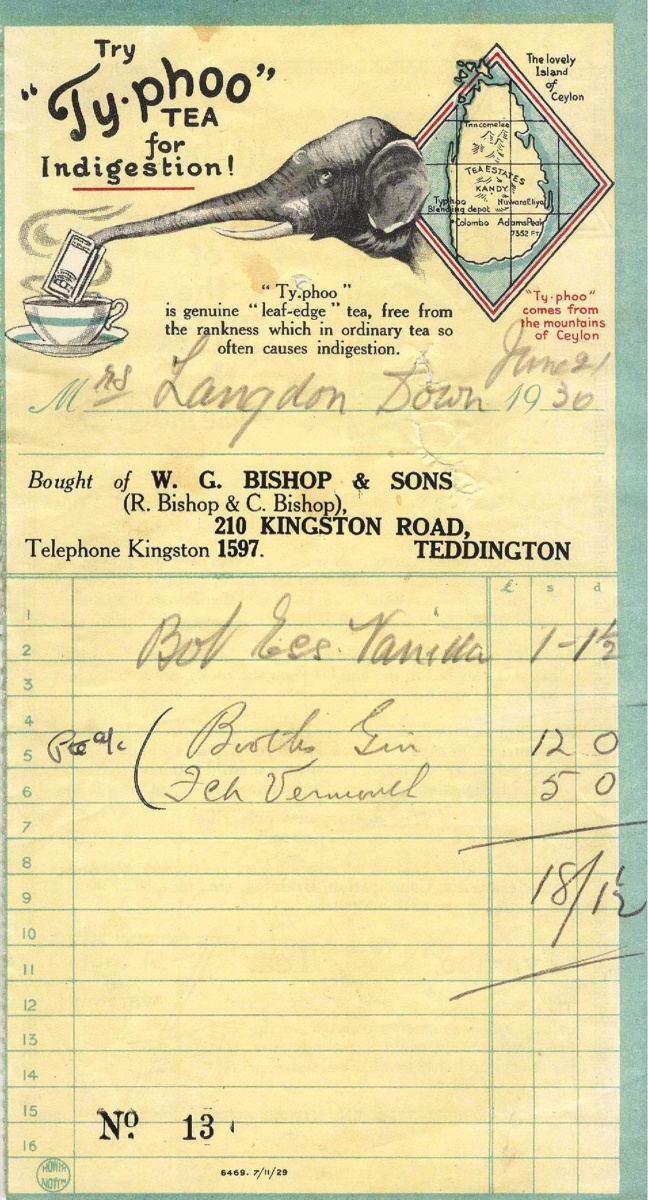 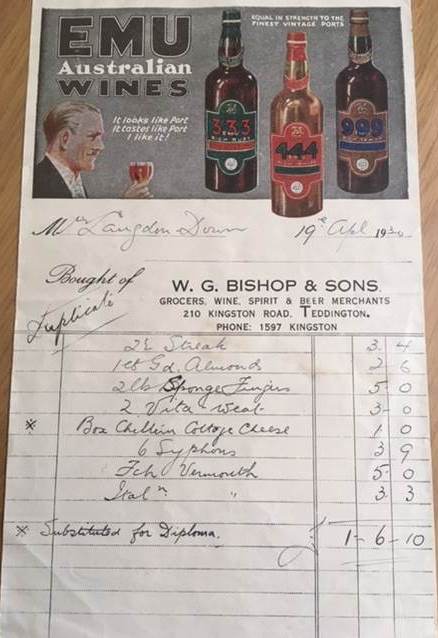 NOTICE is hereby given that the Partnership which has for some time past been carried on by Reginald Bishop and Clarence Bishop under the style of W. G BISHOP AND SONS at 210 Kingston Road Teddington in the county of Middlesex in the trade or business of Grocers and Provision Merchants and Retailers of Beer Wines and Spirits was this day dissolved under a power for that purpose contained in the partnership deed and that in future the said business will be carried on by the said Clarence Bishop alone and all debts due to or owing by the late firm will be respectively received and paid by him.—Dated this 2nd. day of May 1939.

Examples of What was Purchased