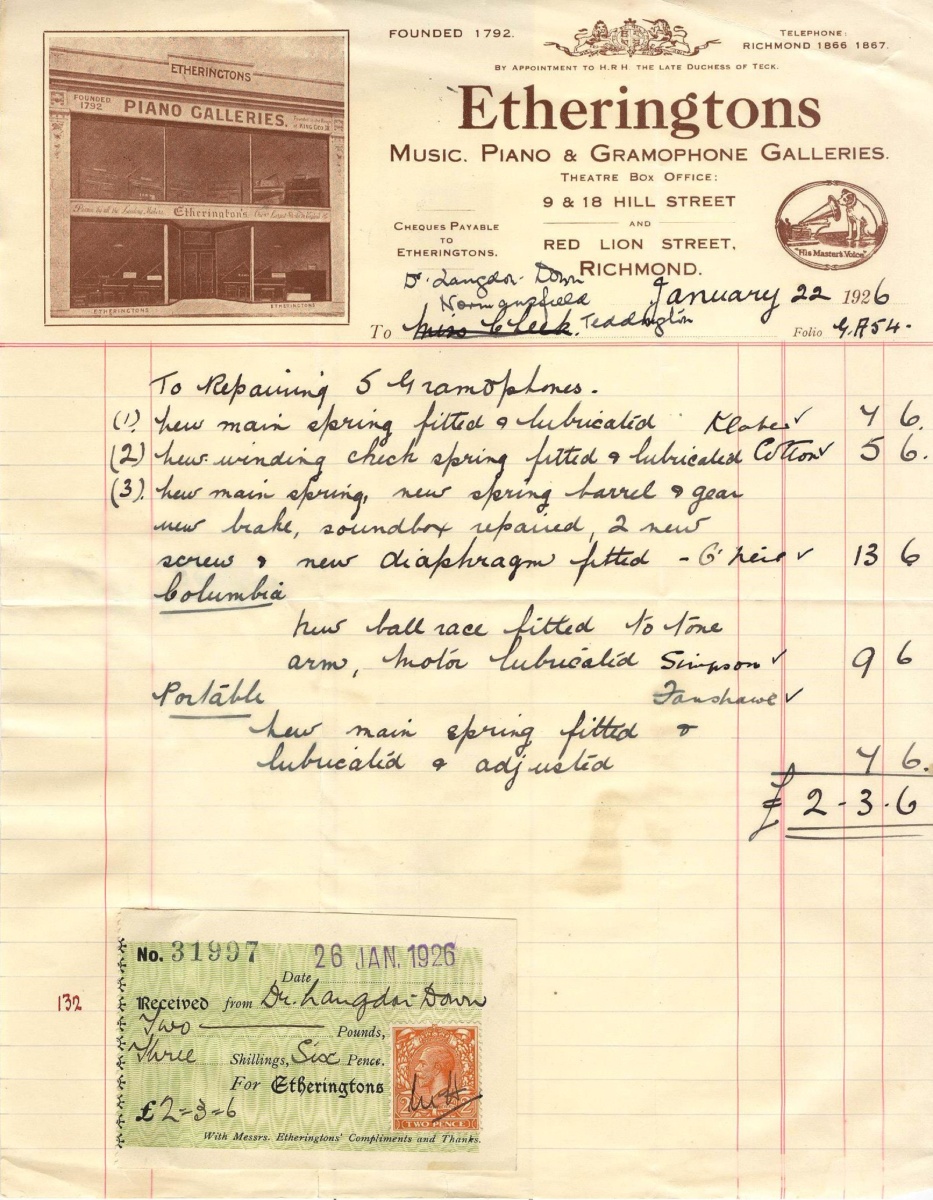 Dr Reginald Langdon-Down received an invoice from Etheringtons on January 22nd 1926 for repairing 5 gramophones at the cost of £2.3s.6d – today’s equivalent would be £120. A Columbia gramophone needed a new ball race to the tone arm plus motor lubrication. The cost was 9/6d. The name next to each entry might be the mechanic. The receipt shows the payment was made within 4 days. The Langdon Downs must have been considered as valued customers for such prompt settlement.

James William Etherington was born, worked and died in Twickenham 1831 – 1904. On the 1851 census, James William aged 20, living with his father James aged 42. Both listed as Professors of Music. The Etherington’s business was established in Twickenham in 1792, by James’s Grandfather John and remained in the family until approx. 1930. Local directories as late as 1929 lists two business as Etheringtons Music Salons, 18 Hill Street, Richmond and Red Lion Street. Local directories from 1930 to 1932 records Etheringtons under the name Robert Morley and Co., Ltd., pianoforte makers at 4 Red Lion Street. Both companies do not appear in subsequent local directories.

There are numerous newspaper reports about Grand Garden Parties attended by many dignitaries and Normansfield staff. Mrs Mary Langdon Down received a letter from Mr W.F Porter, 56 High Street, Kingston-on-Thames dated  23rd January 1888. It detailed the services of the Military band from the Hampshire Carabiniers, stating that the band is very good and is open for engagements at Garden Parties. The terms being  £12.12s. for 16 performers.

Born in Sandhurst, Berkshire 1860, he had one brother Henry Frederick David. Their father Henry was a plumber and carpenter. Their mother Mary Ann Fielder ran a servants’ agency from the same Kingston address which she shared with her son. In 1889 Walter married Helen Passenger at St Mary’s Twickenham. On the marriage certificate he was recorded as a musician. In 1911 Helen was running an employment agency in Epsom. Walter’s career started as an articled pupil in the office of the Richmond and Twickenham Times. His brother Henry was the proprietor. For some years he abandoned journalism for the music profession. During this time, he was connected with the Hampshire Carabiniers and the Surrey Imperial Yeomanry.

The first reference to William Edgar Cowburn, teaching at Normansfield was on the 1911 census. He was employed as a schoolmaster lodging with the Burn’s family in Conifers. He was born in Peterborough in 1875 and learnt the trade as a wood carver in Derbyshire.

In May 1924, on behalf of Mrs Webb a teacher, Edgar Cowburn invoiced 2 guineas for 10 singing lessons for ‘Charlie’ commencing on Sept 9th.

On the bottom of the letter is a report, ‘Bobbie continues to do very well considering his lethargic mentality, but his interest is maintained’.

Another quote for dancing and music lessons from Mr Chilvers of 1 Emily Cottages, Norbiton. His prices ranged from 3 to 5 shillings. It is not clear if this is per week or hour. 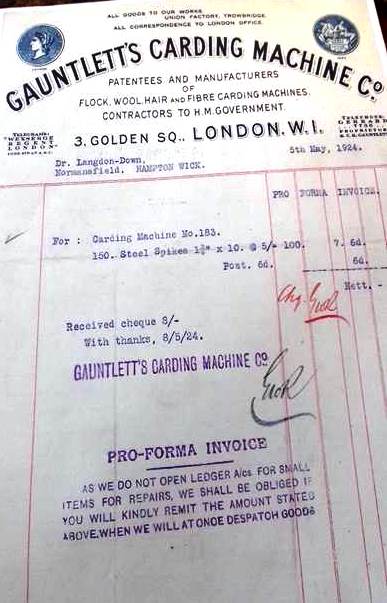 Amongst the invoices discovered was one from Gauntlett’s Carding Machine Company. Established  1889 in Trowbridge, Wiltshire. On the 5th May 1924, Dr Reginald Langdon-Down bought some steel spikes to repair their carding machine at the cost of 8/-. Carding is the process by which wool fibres are separated and prepared for spinning. Weaving lessons formed part of the residents’ education.

Elspie Langdon Down and Winifred Tuckfield 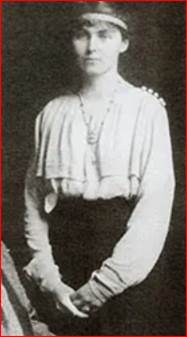 Elspie was the daughter of Dr Reginald Langdon Down and his wife Jane. Together with her friend Winifred Tuckfield she wanted to offer the same revolutionary and enlightened approach, care, education and training for people with learning disabilities, that had been pioneered by her father and grandfather.

Elspie, an accomplished artist, taught arts and crafts at Normansfield. She set up weaving classes for a number of the girls in the North Wing, using a large loom where some very good carpets were woven. There were more looms for weaving woollen goods in the farm buildings. Three weaving looms which she used were still in Normansfield when it was taken over by the National Health Service in 1951.

Winifred Tuckfield, was an accomplished craftswoman in a variety of materials and held dedicated and passionate theories about craft. She wrote a series of Kibbo-Kift articles covering the topic ‘How to create hands with beneficial qualities for moral, physical and spiritual improvement’. In 1912 with her sister Denise, Winifred founded the Knox Guild of Design and Craft. He was the celebrated Art Noveau designer Archibald Knox.