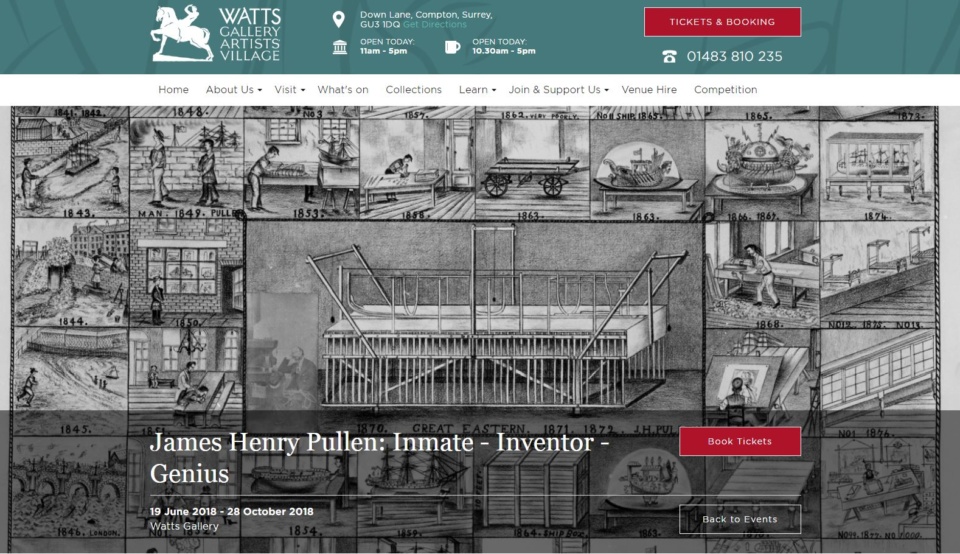 This exhibition, the first ever gallery show devoted to Pullen’s work, highlights a frequently unseen part of the nineteenth and early twentieth-century art world. Drawing on Pullen’s newly transcribed psychiatric case notes and in-depth research into his biographical and psychiatric context, it explores the life and imagination of an artist who became the archetype of the ‘savant’, a category with continuing resonance in how we conceptualise artists today. At the same time, it seeks to prompt a reassessment of Pullen himself, emphasising his status not as a mechanical copyist but as an innovative artist of imagination and wit.

It will be accompanied by a specially commissioned film, directed by Gilly Booth of HiJack Films. Displayed in the exhibition space, the film will allow visitors to get a close look at these intricate and detailed small-scale pieces, in particular showcasing two kinetic works in motion. The film will also offer a privileged insight into the process of conserving Pullen’s ‘Rotary Barge’, a design for a ship that would never capsize. Having been in a significant state of disrepair for several years, the ‘Rotary Barge’ will be specially repaired and restored for this exhibition by the experienced modelmaker Henry Milner.

As well as enriching the exhibition’s interpretation, the film will reflect this exhibition’s collaborative ethos and its firm location in the heart of Surrey by showcasing the physical spaces associated with Pullen: Earlswood itself, in Redhill, the Langdon Down Centre, Teddington and the Surrey History Centre, in Woking.