The Father of Teddington Library.

A talk by local historian Ken Howe about the extraordinary life and work of John Charles Buckmaster, a formidable public speaker and activist. He was a teacher with a strong sense of public duty, a Justice of the Peace and a councillor. In later life he founded Teddington library as a free library in 1904. Ken will present his research the life of this fascinating local resident. Speaker: Ken Howe is a historian and author/co-author of several local history books including: Hampton and Teddington Past, Edwardian Teddington and Twickenham, Teddington and Hampton – Britain in Old Photographs. He is Chairman of the Borough of Twickenham Local History Society. One of Ken’s recent projects was to research and write the book The Bronze Age Barrow at Teddington and in 2017 to help set up a council sign to commemorate the site in Sandy Lane, Teddington. 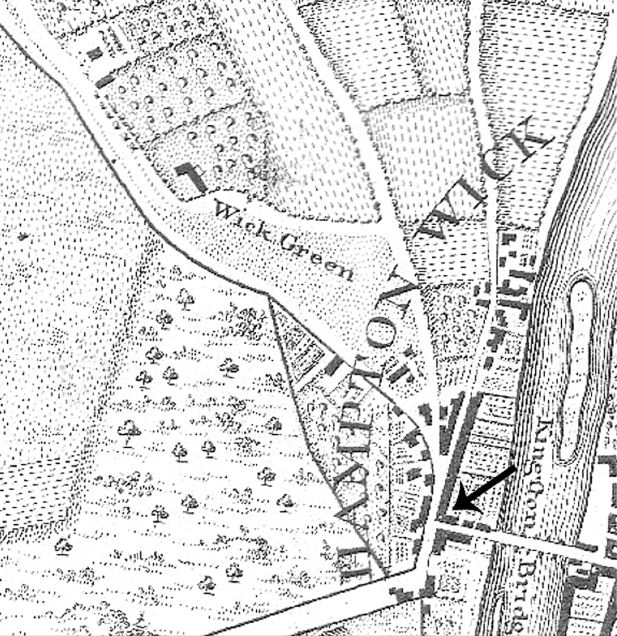 The Origins and Growth of a Thameside Village

Local historian Ray Elmitt traces the history of Hampton Wick from its origins in the Domesday Book until the present day. He will illustrate how the original village green together with the farms and market gardens gradually made way for the present housing and reveal the surprise identity of the oldest surviving building in Hampton Wick – built between 1526 and 1529. Finally he will demonstrate the public website he has created which records the history of all the 650 current houses together with their residents and their occupations. Ray’s books and research about Hampton Wick can be found here: www.hamptonwickhistory.org.uk 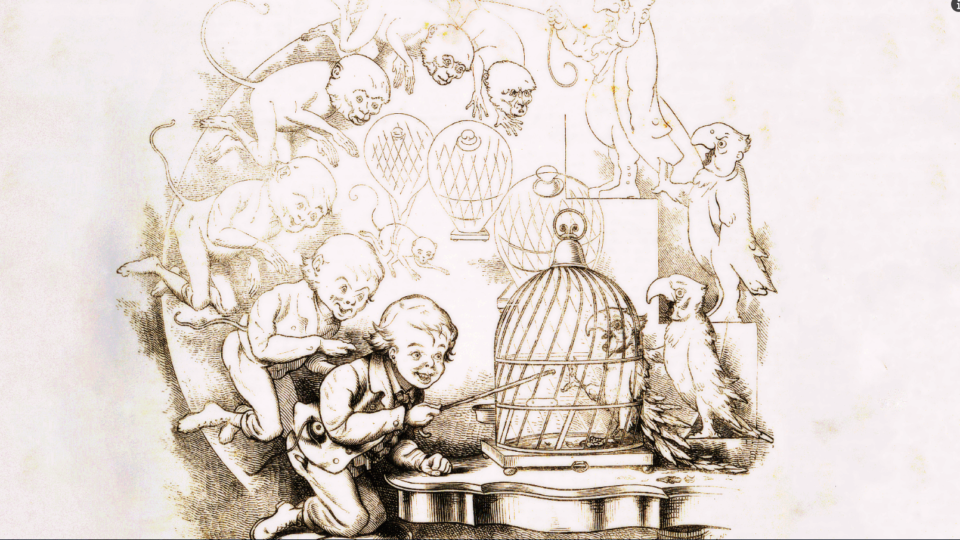 Image courtesy of the Wellcome Collection

In their quest to prove the interconnectedness of species, Victorian students of evolution viewed people with learning disabilities as proof of a human–animal continuum. Surprisingly, these ideas persist in some branches of moral philosophy today.

How did the minds of humans and other animals evolve from nothingness to consciousness? After Charles Darwin published his theory of evolution in 1859, scientists turned to the animal kingdom in their quest for answers. Somewhere in the evolutionary journey between the simplest single-cell organism and the higher primates, conscious thought must have emerged. But precisely at what point, and how did it come into being?

Speaker: Dr Simon Jarrett is a Wellcome Trust Research Fellow at Birkbeck University of London. He writes about the history of intellectual disability, human capacity and intelligence. 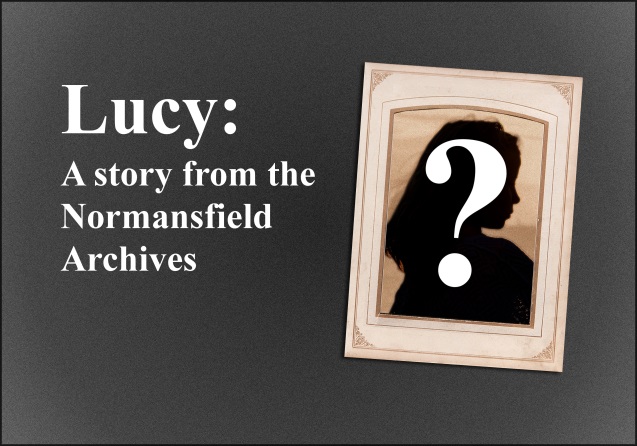 Lucy: A Story from the Normansfield Archives

Archives might be considered the stalwart caretakers of many forgotten and ‘fragile’ histories – histories which can only be discovered and exposed through patient research and considered interpretation.

This presentation is based upon research carried out in the Normansfield Archive Collection (located at the London Metropolitan Archives). Much of the early material contained within the Archive Collection consists of correspondence received by the institution.

Lucy, the subject of this presentation, was admitted to Normansfield in 1879 at the age of 5. Her case is unusual because her grandmother, mother and father each wrote separately to the Langdon Downs, thus providing multiple perspectives on her case. The presentation makes use of their letters, allowing her story to unfold through the words of the three writers.

During the mass industrialisation of the Victorian period, the history of people with learning disabilities is inextricably connected to the history of the institutions they were made to inhabit. Lucy’s story demonstrates how archival documents can be used to rediscover a person, and reconstruct a story, both of which have been entirely lost over time.

Speaker: Sarah Hayward. Sarah joined Kingston University in 2012, and completed the taught MA in Museum and Gallery Studies the following year. Having felt that year fly by impossibly quickly, she applied to continue in higher education with a PhD. Sarah is conducting practice-based research into Normansfield Hospital, a former Victorian residential institution which was founded exclusively for the treatment of patients with learning disabilities. She is producing three creative pieces to accompany her Thesis for submission, the purpose of which is to explore how archival material might be interpreted and applied within a museum setting. 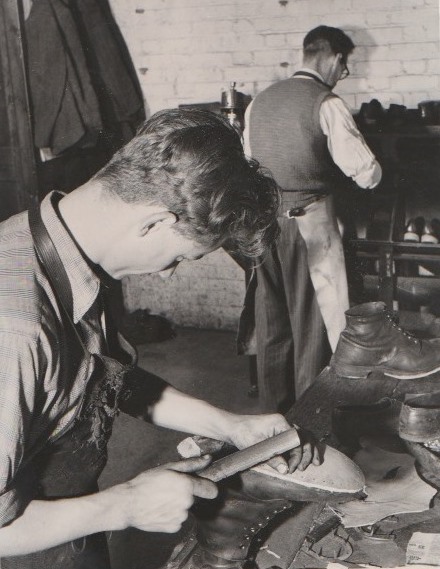 ‘A proper person to be detained?’ The Fred Pilcher story

Fred Pilcher was admitted to what was then known as ‘Hangars Certified Institution’ near Radlett in Hertfordshire on October 25th, 1928. He was in a group of eight male patients, termed in the period as, a ‘high grade’ feeble-minded adult. All patients on admission were given a patient’s number. This was done in chronological order and Fred was number four. He was 19 years old.

In the words of Fred, “It was a Thursday, a lovely day and I remember we had soup and rice pudding for dinner”. Twenty-six years later in 1954, his IQ was tested and was found to be 120 (about average). Fred went on to live at the now renamed, Harperbury Hospital for another thirty-four years finally leaving in 1977, at the age of 69, he died a few years later.

Fred’s story is collected from numerous sources, including oral history accounts from ex-staff, local newspapers, and hospital publications but the majority of it has been from his medical case file. A source not always available for historians. While this presentation will be an opportunity to reflect on how an individual with an average IQ end up living at a long stay hospital for fifty years? It will also be looking at the wider story of the history of people with intellectual disabilities.  ​ 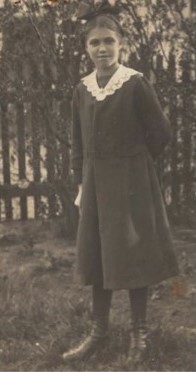 2.30pm Talk: Finding Ivy: From Belonging and alienation and back again

The story of one victim of the Aktion T4 programme. Ivy was born in the UK and in 1930 went to live in an institution in Vienna. In the summer of 1940 she was killed at Hartheim castle near Linz. Different historical material has been used to tell Ivy’s story including photographs, church records, census reports and newspapers.

Florian Schwanninger studied history and political science at the University of Salzburg and was awarded a Masters degree in 2004 based on his thesis “Resistance and Persecution in the district of Braunau/Inn 1938-1945”. In 2005 he became a scientific officer at the Scholss Hartheim Learning and Memorial Centre and from 2014 its director. His main research interests are Nazi euthanasia, commemorative culture in Austria and the regional history of Upper Austria.

The Aktion T4 Nazi Euthanasia programme was responsible for the murder of approximately 275,000 people with learning disabilities.

In this 30 minute documentary film, Berge Kanikanian who has Down’s syndrome, travels to Poland and Germany to visit the sites of euthanasia centres and speaks to researchers and historians.

Please note this talk and film is not suitable for anyone under 16 years of age.