“Pullen’s Voyage”: A short play created by children to celebrate the life and work of James Henry Pullen.

A performance at Normansfield Theatre on 22 March 2013.
The Play: Over ten weeks children from schools in Richmond Borough formed a theatre company to learn about the work of Pullen and the phenomenon of the Savant. The fascinating journey they embarked upon led them to learn about the work of Dr John Langdon Down, the world of learning disabilities, and modern day savants.
The play they created was a collage of ideas and effects. It was designed to convey not only Pullen’s perception of his world, but also that of the people who were close to him. Drawing heavily on Pullen’s pictorial autobiography the children created a piece of Theatre that combines improvisation with devised script work, and dance. It told the tale of Pullen’s life and it also dared to bring to life a Pullenesque fantasy voyage with Pullen as Captain of his own ship and John Langdon Down as a witness! This fantasy voyage enabled the children to convey the special relationship and understanding that John Langdon Down had with Pullen. The play the children performed is only one small part of a journey that led them to new worlds and a new understanding of learning disability. This short piece of theatre was performed in the beautiful surroundings of Normansfield Theatre. 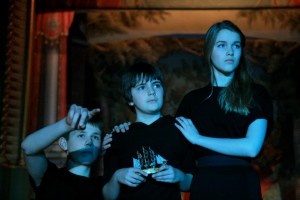 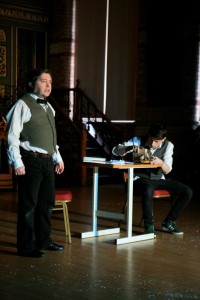 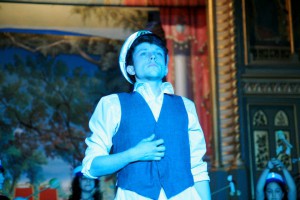