You are here: Home » Normansfield » Boathouse and the River 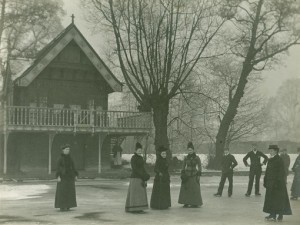 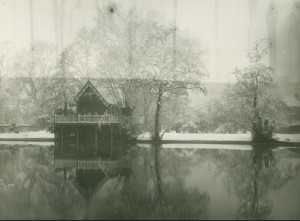 Boathouse by the frozen River Thames. The boathouse was built in 1884 and allowed visitors to arrive by boat. It stands today as it was then and is privately owned. The skaters may be from Normansfield. The date is unknown but the Thames was frozen in 1894. 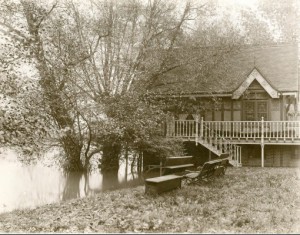 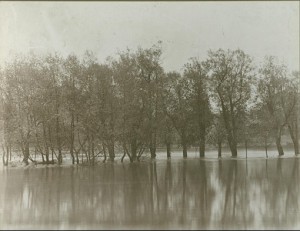 The Langdon Down boathouse was one of many along this stretch of the River Thames between Kingston and Teddington Lock. The River Thames flooded an island opposite the boathouse. This is probably Steven’s Eyot which is an ait or island. Along with a smaller eyot to the north the pair are called Steven’s Eyots.

Many boathouses along this stretch of the Thames have been demolished and this is a fine example. It was designed by Rowland Plumbe who also designed the Normansfield Theatre.

Plumbe’s mother, Ann Serena Plumbe, was connected to the movement of Dr John Connolly and the Rev Andrew Reed to improve conditions for those with disabilities which led to the founding of the Royal Earlswood Asylum where Dr John Langdon Down worked as Medical Superindendent before he came to Normansfield.

The boathouse and river activities were an important aspect of the Langdon Downs’ lives. It played an important part in the history of Normansfield.

The Langdon Downs also became involved in the Tamesis Club, a boat club nearby. 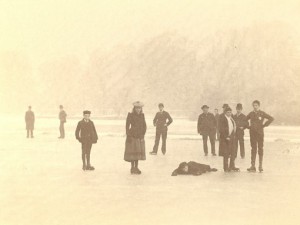 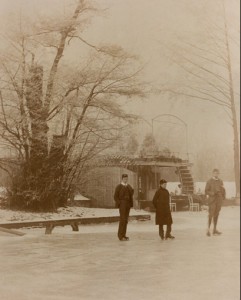 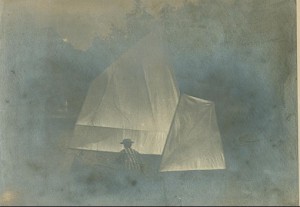 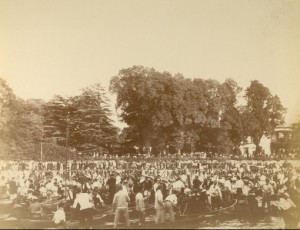