You are here: Home » Dr John Langdon Down » Normansfield 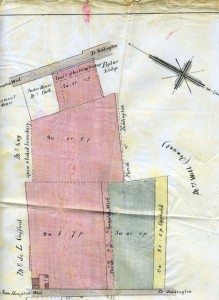 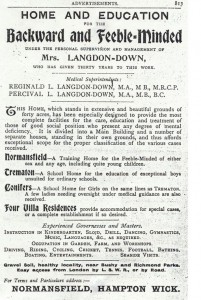 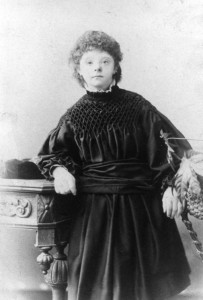 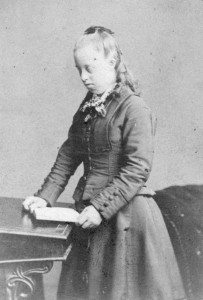 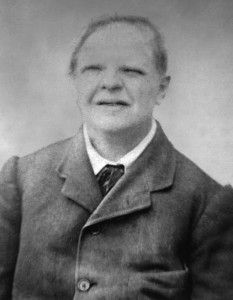 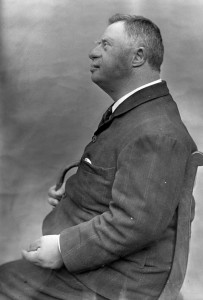 They equipped Normansfield to the highest standards. In time, foreign visitors came to visit and to comment most favourably on what they saw. Teachers were engaged. Workshops were developed where young people could be instructed in crafts. Weaving was popular. Tennis, croquet and cricket were played. High priority was given to entertainment. An exquisite Theatre was built, which was also used for Sunday Services. A lower floor, the Kindersaal, was a huge playroom, for the younger children. 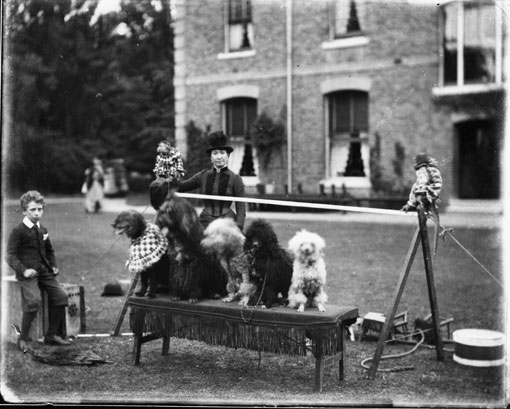 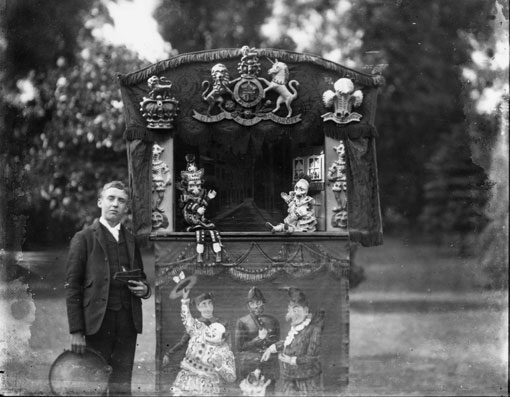 Entertainment had to be provided on site and it could not be supplemented by radio or television. Employment agencies used for the recruitment of staff were instructed to select candidates who could sing, act or play a musical instrument. When they ultimately came to recruit an Assistant Medical Officer even he might be expected to sing for his supper and in 1891 Dr. J H Smith is recorded as having sung “Ever on the Rhine” at a Normansfield concert. His salary was £100 p.a. There was no bonus for concert work. It was part of the job. Langdon Down committed himself enthusiastically to his work as an Assistant Physician at the London Hospital. This unpaid appointment he had held in parallel with his Earlswood post. He became Physician and later Consulting Physician to the hospital and he maintained his commitment to it for over 30 years. At that time many physicians gave up their unpaid hospital work when their private practices became extensive but Langdon Down served the poor without payment until the time of his death. He was also unpaid Consultant to Kingston Provident Dispensary and to Teddington Cottage Hospital.