You are here: Home » Dr John Langdon Down » Medical Reputation 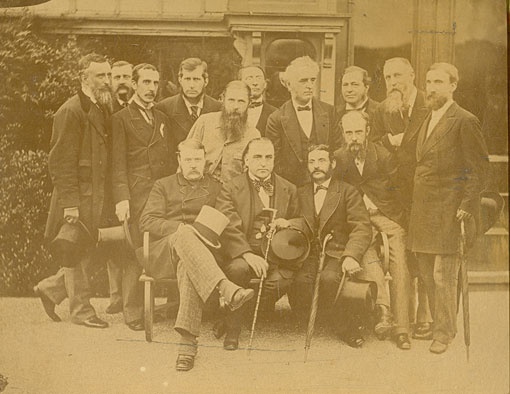 He became a well-known figure of the medical establishment. He was elected Fellow of the Royal College of Physicians in the year that Normansfield opened and in 1881 he moved from his rented accommodation in Welbeck Street to his own house 81 Harley Street, where he remained in practice until his death. He became a Justice of the Peace and an Alderman.

He is best remembered for having, in 1866, identified a specific group of patients whose oriental characteristics he described as Mongolian in character. They had upward slanting eyes, flattening of the back of the head and poorly controlled and fissured tongues. Nobody had identified this special group previously and over the next 20 years the designation “Mongolian Idiot” came into use. In 1961 nineteen international experts, including his grandson Norman, wrote jointly to the Lancet suggesting the name Mongolioan Idiot should be changed to Down’s syndrome. At the request of the People’s Republic of Mongolia, the World Health Organisation adopted the recommendation in 1965 and Down’s syndrome was then to become a universally accepted descriptive term.

When he began his work with the learning disabled, John Langdon Down was moving into an area of scientific investigation where until then almost nothing had been accomplished. He set about a detailed study of the physical characteristics of his patients, measuring everything that could be measured and from 1861 onwards taking photographs, which he sat and studied, looking for clues and endeavouring to establish sub-groups among his patients. His photographic collection has been preserved. He carried out autopsies and carefully examined the brains of patients who died. He made many other contributions to medicine, including what was probably the first description of the disorder of gross obesity, with developmental disability, later attributed to Prade, Labhart and Willi.