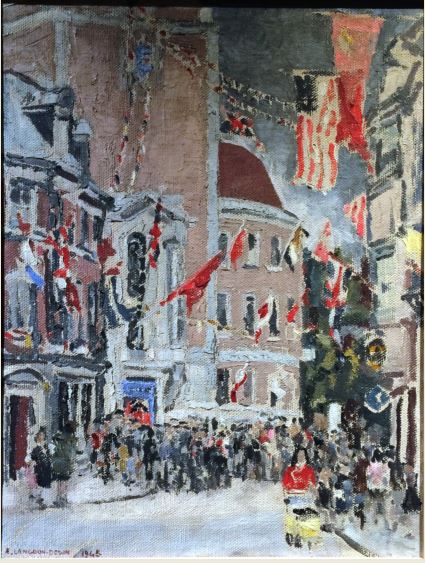 Elspie Langdon Down | Oil on canvas

On 8 May 1945 flags and bunting decorated the streets. All Saints’ Church bells rang out and crowds gathered outside the Guildhall to listen to the East Surrey Regiment band. Kingstonians cheered Churchill’s victory speech as it was broadcast, then danced in celebration. Street parties were held throughout the borough.

Elspie was the daughter of Dr Reginald Langdon Down. His father was the Victorian physician Dr John Langdon Down who with his wife Mary started an institution in 1868 called Normansfield in Teddington. Normansfield offered a revolutionary and enlightened approach for the care of people with learning disabilities along with education and training. John identified the condition that later became known as Down’s syndrome.

From 1904 to 1916 Elspie’s home was at Normansfield, though apart from the holidays and Christmas she was away at boarding school.

Elspie was an accomplished artist and taught arts and crafts in Normansfield. She started up weaving and a number of the girls, particularly from one of the residential houses, Conifers, would take part. Three weaving looms which she used were still in Normansfield when it was taken over by the National Health Service in 1951.

She left school in 1916 and was able to help her mother during the last few months of her life when she was bedridden. Elspie became her “legs” as her mother continued her administrative work for Normansfield until near her death in 1917. Elspie married Archie Cusden. 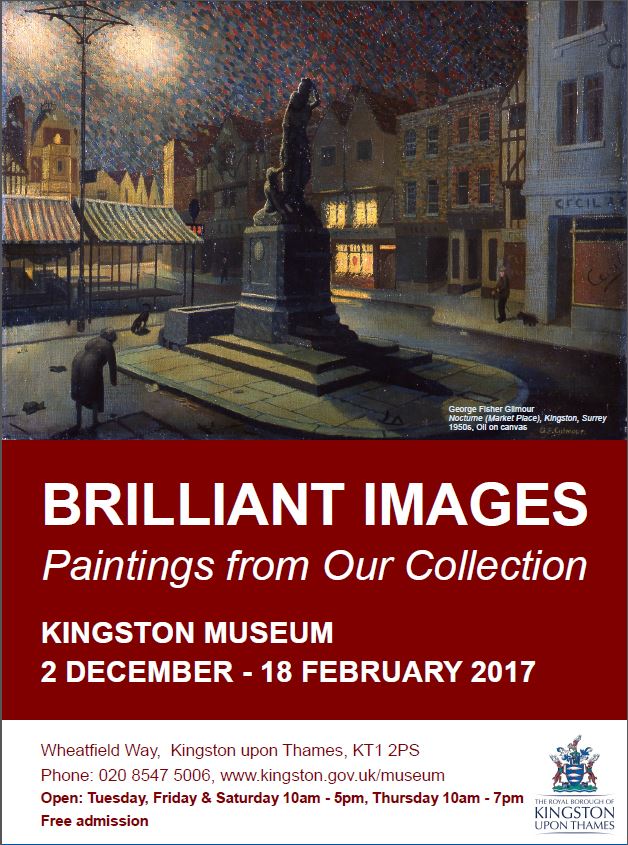 Painting in the Brilliant Images Exhibition at Kingston Museum

Kingston Museum: A display of paintings from our art collection, including Brill collection works. It will also look at the history of the Art Gallery over the past 111 years, the role it has played in the Museum and Heritage Service, and highlight stories of some of the paintings that have been displayed there on previous occasions. The Brilliant Images Collection is funded by the Museum.