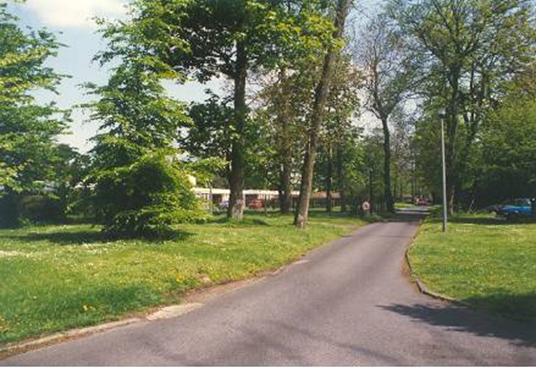 I grew up in Teddington and worked at Normansfield from 1982 until 1985 within the Occupational Therapy department in my early twenties. The closure of Normansfield was overdue. However this does not recognise that at the end it was a forward thinking establishment too, with much ground breaking work enabling the move into the community of the residents.

The public inquiry completed in 1978 had brought to Normansfield much needed changes in every aspect of life there, from staffing to facilities. This included dropping the word hospital from its title and a change in philosophy. The injection of funds provided essential upgrading of accommodation and a new professional quality of daily care and support, and new professional staffing. After the public inquiry conditions were improved markedly, staffing and residences addressed and a new ethos grew.

Occupational Therapy at the time encompassed, amongst other things, a broad range of opportunities for learning and self-expression. The staff were forward thinking and we had modern purpose built facilities and resources, as well as using some of the Victorian buildings.

Before the public inquiry, there were some wholly unacceptable aspects and evidence of lack of care and cruelty. But after the enquiry, working towards care in the community, staff and residents of Normansfield were visionary in establishing advocacy and leading to movements such as People First that supported people with learning disabilities speaking out. It is right that Normansfield closed. It set a precedent when it opened and to my knowledge a lot of innovative work took place in its sensitive closure.

I was the pottery instructor and worked alongside the art therapist and the woodwork instructor. Whilst I was there, the woodwork instructor was in fact an arts graduate specialising in sculpture made from wood. It was an incredibly vibrant and caring environment where fostering creativity and promoting self-esteem and joy through working with a variety of media was foremost.

The pottery and woodwork area was in the old piggery, along with the gardening “department” (a few work benches for when they weren’t outside or in the greenhouse). It was a hive of fun and activity, whilst we either listened to piped radio (always Radio 2) or our tape recorder of disparate tapes – Five Guys Named Moe was a favourite, along with Vivaldi’s Four Seasons and Rolf Harris. Art therapy was in an old portacabin next to the vegetable garden. The art therapist led both individual and group sessions. Art, Sculpture and Pottery collaborated for exhibitions of residents’ work, where we celebrated their achievements, inviting the press and relatives to view.

The Stella Brain Centre was used for part of the OT work. This encompassed life skills and also opportunity to try new hobbies and activities. These were older buildings. However, after the inquiry, there were new, purpose built houses and an activity centre where a team of occupational therapy staff, play leaders and additional specialist staff worked. From memory, there was a purpose built cookery/home skills area, music room; soft play; speech therapy; physiotherapy and OT assessment rooms and more.

We also worked towards building skills for independent living and employment as part of the new drive for Care in the Community; it was decided to move all residents to smaller homes in the community and there was a growing movement for integration.

Before my time Wolfgang Stange, the world renowned and inspirational choreographer and dancer, had established dance and movement for the residents at Normansfield that led to the founding of Amici. He ran innovative movement and dance sessions twice a week in the theatre, often using his masks and props he had brought from Thailand. He went on to take residents to sessions at the Riverside Studios in Hammersmith.

I have incredibly fond memories of my time there and it inspired me to undertake a degree in education with specialism in learning difficulties with the hope to offer continuing education to those residents that were moving into the community. I helped establish full time courses for adults with learning difficulties at Richmond Upon Thames College in 1991 and led and taught on our new 3 year course. Many of the students had lived at Normansfield.

There were some areas of Normansfield that were not closed soon enough and I expect, as with other similar institutions of the day, some staff who were not the best or indeed ill-suited for a variety of reasons. However, much effort and specialised interventions enabled many residents to move into their own homes to live independently and some to start work.

I have truly special memories of working with the wonderful residents. Normansfield has inspired me throughout my career in many ways and that was from my time working there in the 1980s. I think that if John and Mary Langdon Down would have visited in that time they would have witnessed a heart-warming, caring and innovative environment. I now live and work in north Lancashire but still hold Normansfield and many of the residents in my heart.