You are here: Home » Blog » Events » Vocal & Piano Music by Schubert in Aid of the Museum 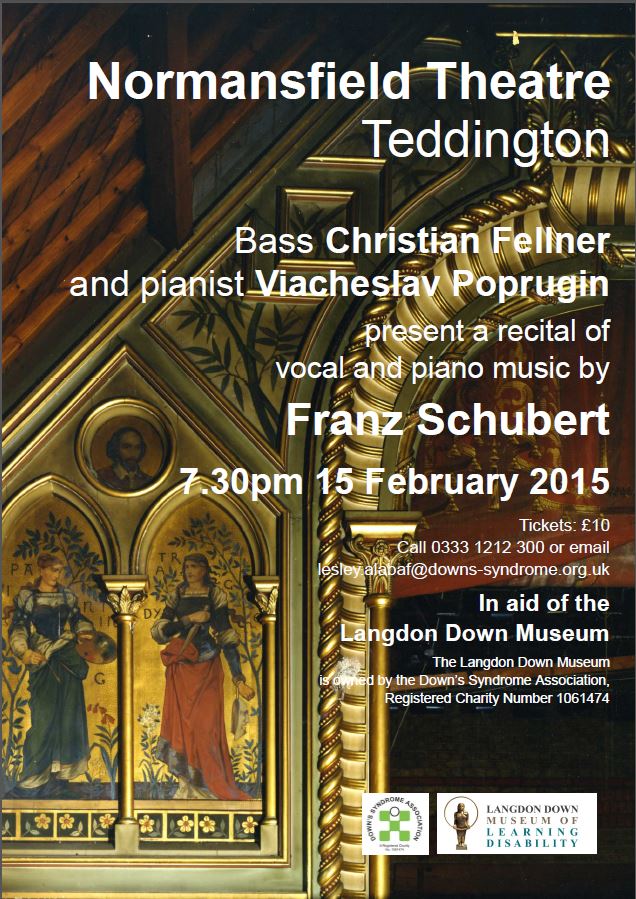 Christian Fellner was born in London and received his earliest musical training from his father, a professional organist. He studied piano, organ, harpsichord and singing and formed his own ensemble to perform baroque chamber music before beginning full-time vocal studies at Trinity College of Music, London. He continued his studies after graduation at the Central School of Speech and Drama, University of London and with Professor Yevgenia Sheveliova in Moscow, Russia.

Christian Fellner has performed widely in the UK and Europe as a recitalist and chamber musician. His repertoire ranges from baroque chamber cantatas by Clérambault, Frescobaldi, Scarlatti and JS Bach to songs by twentieth century composers Georgii Sviridov and Ned Rorem.

In Russia, Christian Fellner has given recitals with the Sviatoslav Richter International Foundation in Moscow and Tarusa and sang Schubert’s Schwanengesang at the Scriabin Museum in Moscow. He has also sung with the Jerusalem Baroque Orchestra in Jerusalem and Tel-Aviv and given solo song recitals in Austria and Greece as well as several at Oxford University including a Russian Song programme at the Holywell Music Room.