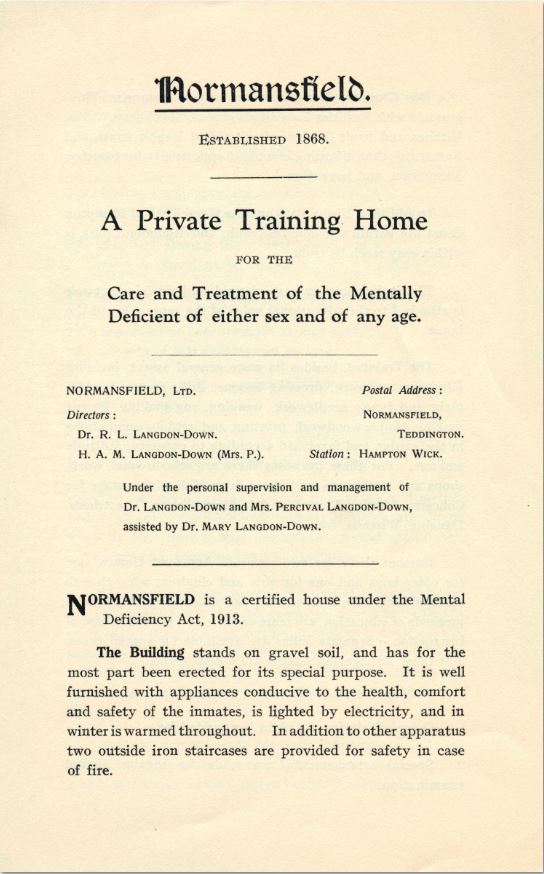 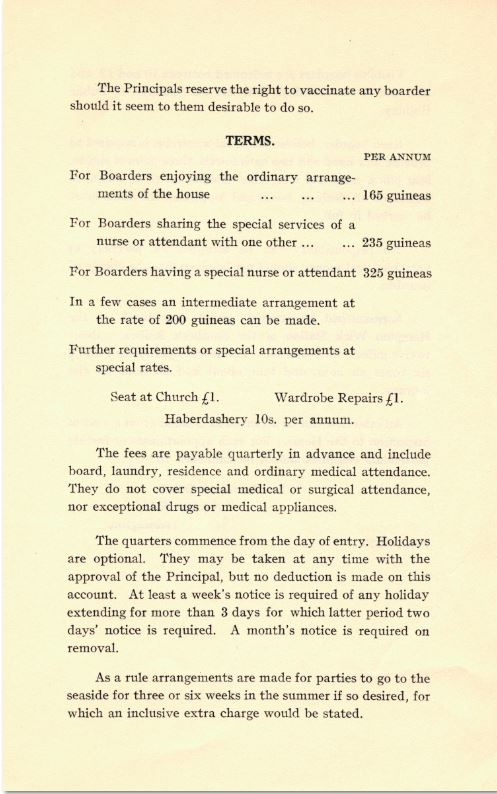 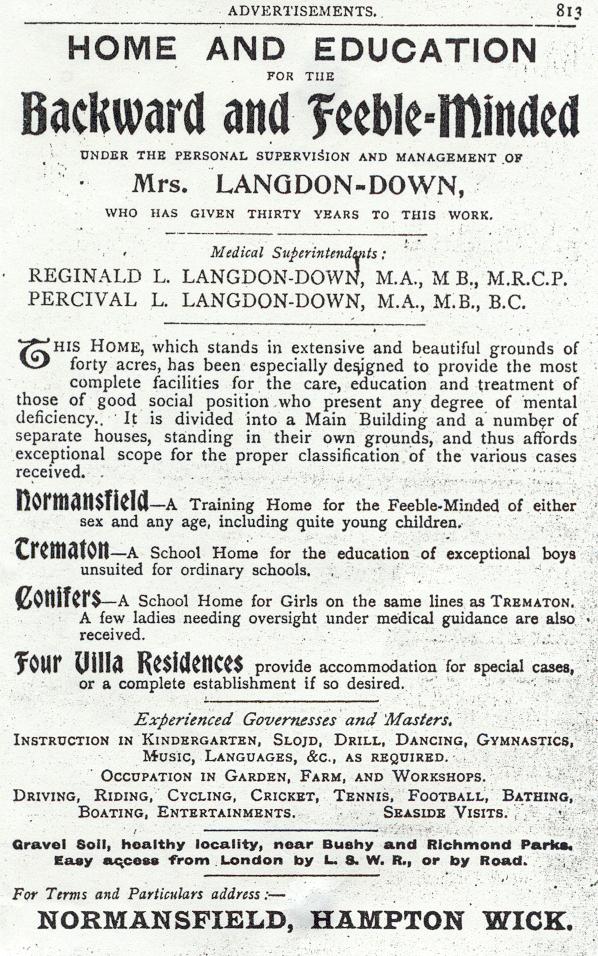 Formal education formed an important part of treatment in Normansfield. Teachers, however, were expected to participate fully in the life of patients and to bond with them. As will be seen from the work rotas, duties were not, therefore, confined to the classroom.

In common with nurses, teachers were expected to work very long hours and the rotas do not give any indication of days off work, which must have been allowed. There was also a stipulation that teachers could only attend one church service on Sunday, presumably so that other duties were not unduly compromised.

The timetables on the following page were for classes for children of limited ability and combine academic, fitness and practical skills subjects. Bead threading was specifically used as a measure of co-ordination and dexterity. School reports exist for some of the children who attended these classes and, in most cases, it was noted that the children could perform tasks under instruction, but were unable to do so on their own initiative.

The school report for A. Walker, who was a higher calibre of patient intellectually and lived in Trematon, reflects a teaching programme with a predominantly academic basis.

Clearly, the school programme was tailored to the needs and ability of the patient to fulfil the aim to educate, train and stimulate.  Extra curricular activities supplemented schoolwork with a strong emphasis on entertainment based primarily in the theatre and, where possible, practical work on the farm or in the workshops or gardens on site. 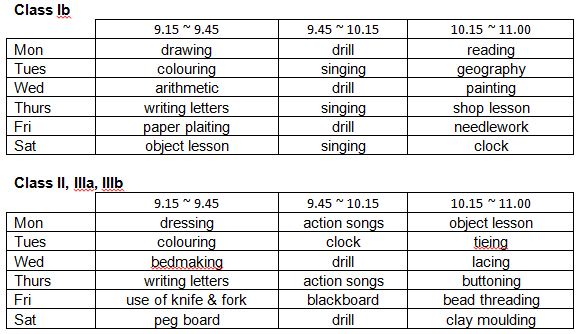 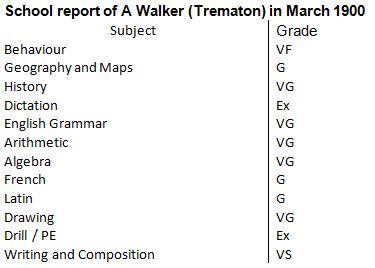